I’ve just produced my first screencast tutorial for AEtuts+. The theme is Time-Remapping, a time bending effect I used on my last video project. 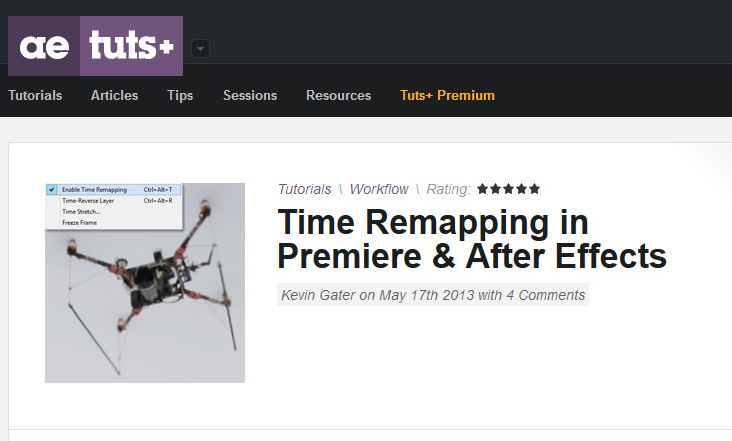 After posting the Årets Bild promo video on Vimeo I was approached by AEtuts+ to create tutorials for them. As a long time follower of the After Effects training site I couldn’t refuse. The plan was to share some tricks used on my own productions.

A major part of my last project, Årets Bild, was Time-Remapping, essentially changing the video speed to fake slow-motion and vice versa. I needed to find a decent workflow between Premiere and After Effects to get the most out of the effect. In the tutorial I explain Dynamic Linking and how I used that in my workflow to pull off speed changes.

Tutorial here: Time Remapping in Premiere and After Effects

Now I’ve figured out my workflow for producing screencasts it would be rude not to make more. The only problem is figuring out what to produce.

If you have a suggestion for a tutorial please leave a comment.